It is true that Astrological Science in all its implications extends into deep and far-reaching metaphysical and philosophical domains, but after all what Science does not? The mathematical concepts of Einstein, Eddinton and others have already crossed the border from the domains of fixed form, and materialistic limitation into so-called fourth dimensional territories.Why should scientists, therefore, scoff at the implications contained in Astrology?

They seem to have forgotten or at least have decided to completely ignore the fact that most of the so- called exact knowledge now in their possession, which concerns the actual movements of the stars, planets and other heavenly bodies, is a legacy handed down to them by the ancient star scientists, the Astrologers. They have arbitrarily accepted part of this knowledge, and just as arbitrarily decided to discard the rest without any investigation whatever.

For Astrology, while embracing all the other Sciences was divided by the ancient Scientists into two main sections:

(1) That which dealt with the observation and recording of the relative positions and motions of the celestial bodies in time.

(2) That which dealt with the observation and recording of the correspondences between these positions and:

(a) Natural phenomena occuring on the earth, such as weather, tides, earth-quakes, floods, volcanic eruptions , growth and evolution of plant and animal life.

(b) Human physical Phenomena, such as childbirth, death, menstruation of the female, illness, disease, accident.

Of these two divisions of Astrological scientific research, that which dealt with the mere observance of th e relative motions of the celestial bodies, (Astronomy), was considered as incidental. .It was a step-the first step-toward the acquisition of the real knowledge -the only knowledge which really mattered-the knowledge of Man, his origin and his destiny.

This first division-Astronomy is recognized today as a science, because modern scientists with the aid of modern mechanical devices, continued and extended the observations of the ancient star scientists. The second division is not so recognized simply because on account of rank prejudice and skepticism. it has been ignored almost completely by present day scientists who have made no attempt whatever to study it and rationalize it. And yet there is no logical reason for this. Certainly there are a few welI known facts occurring in nature and faIling within the scope of the second division of Astrological knowledge, which would seem to indicate that further investigations along this path would confirm the other findings of the ancient scientists.

Of these natural facts there are three which are outstanding:

(l) There does exist a correspondence between the phases of the Moon and the Tides. (Natural phenomenon).

(2) There does exist a correspondence between the phases of the Moon and the Menstrual periods of the Female . (Human physical phenomenon).

(3) There does exist a correspondence between the periods of the Full Moon and New Moon and the intensity of emotional disturbance among the Insane. (Human psychological phenomenon).

One of these facts happens to fall within the scope of each of the three subdivisions of the second section of Astrology indicated above. If these correspondence are true of the Moon is it not rather presumptious to discard as old wives’ tales, the rules set down by the ancient Astrologers concerning the corres pondences, which after many years of observation, they found to exist between the relative positions of the other planets and stars and the thoughts and actions of normal men and women? After all, these observations and records were made by the same Astrologers, who firstcatalogued all the Fixed Stars, who tabulated the distances and relative positions of the planets, their orbits, and their periods of revolution, and who calculated with astonishing precision, the cycle of the equinoxes. Surely these men were intellectual giants, and their deductions at least merit investigation.

Astrology, as a matter of fact, is the knowledge derived from the observation and study of the celes tial bodies-of which our earth is one-in order to determine all possible relationships or correspondences which may exist between them and this earth on which we have our being. Such observation surely should not confine itself to mere mathematical measurements and calculations of time, space, volume and mass but should concern itself also with all other relationships which might conceivably exist. To simply dismiss as impossible any suggestion of correspondence between these time-space measurements and the events which occur on this Earth or else-where is to wilfully close the path to an interesting and exciting scientific adventure. 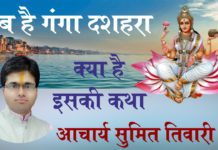 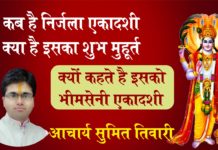 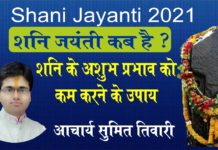